Did you know that New Zealand has allegedly the sixth highest emission of carbon and other greenhouse gasses per person, reaching 16.9 tonnes per capita? Do you also know that our agricultural sector is being claimed responsible for more than half of that?

The climate change issue is more important than ever. This is important, NZ Government launched the Emissions Trading Scheme. From 2025 it is anticipated that there will be pricing for biogenic agricultural emissions.

This may sound terrible for everyone; this can be easily solved, and the solution of the problem is in the hands of the progressive farmers that think for the future. A “progressive” farmer is the key factor in creating carbon offset to compensate for the sake of his fellows. Carbon offset can be made just by following some very natural rules: Do not leave the earth bare. This, in the agricultural world, can be perfectly accomplished by sowing cover crops. Moreover, Cover Crops and/or Enviropastures that add plant diversity to swards.

Cover crops are an important tool in regulating the environment and mitigating the climate change effect. They can improve soil overall health by increasing the water holding capacity, reducing nutrient loss, and progressively creating an organic layer, thus increasing the carbon sequestration rate. Cover crops can adapt to fit in almost every agricultural ecosystem because they can range from several types of cereals up to a very large portion of broadleaf species (brassicas, legumes, etc.). With this broad range of species, cover crops and Enviropastures play an incredibly great role in improving the agrobiodiversity on the fields and the biodiversity of the entire environmental ecosystem. 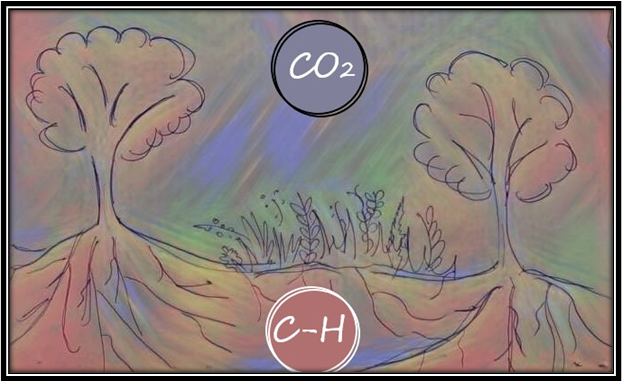 The agricultural sector is one of the few industries that have the potential to transform its processes from net emitter to a net sequester of CO2. It is more and more popular among the farmers to try themselves in CO2 farming or carbon farming. Even though nowadays, it is only a matter of choice and awareness, tomorrow will be an obligation. Starting early from now, maybe it would not be necessary to price the biogenic emissions or even implement the NZ Emission Trading Scheme.

This is an opportunity to become a “carbon farmer” who smartly shifts toward a greener future. Implementing soil carbon sequestration strategies or in this specific case sowing cover crops, on a global scale, can offset about 60 million tons of carbon dioxide per year. Carbon farming firstly means Carbon Farm Planning and because of the extensive number of choices that the farmer has, cover crops fit perfectly in every Carbon Farm Plan (CFP).

With our knowledge share and the rich variety of cover crop cultivars and mixes that we supply, this is the right moment to start thinking about what you are going to sow next!

The CoverCrops™ and Enviropasture experts’ team can help you to choose the right cover crop species for applying to your pasture and/or to design the perfect mix suitable for your situation and farming goal. As the outcome, you will increase your profit, alleviate soil problems, and move forward to a “greener” future.