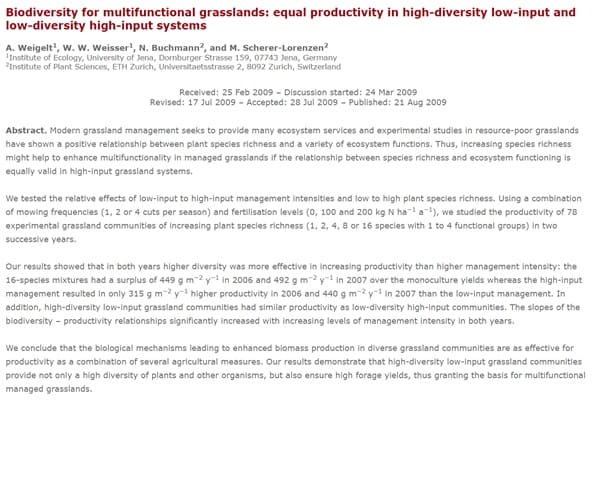 We tested the relative effects of low-input to high-input management intensities and low to high plant species richness. Using a combination of mowing frequencies (1, 2 or 4 cuts per season) and fertilisation levels (0, 100 and 200 kg N ha−1 a−1), we studied the productivity of 78 experimental grassland communities of increasing plant species richness (1, 2, 4, 8 or 16 species with 1 to 4 functional groups) in two successive years.

We conclude that the biological mechanisms leading to enhanced biomass production in diverse grassland communities are as effective for productivity as a combination of several agricultural measures. Our results demonstrate that high-diversity low-input grassland communities provide not only a high diversity of plants and other organisms, but also ensure high forage yields, thus granting the basis for multifunctional managed grasslands.